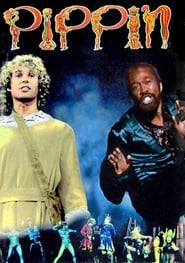 The musical uses the premise of a mysterious performance troupe, led by a Leading Player, to tell the story of Pippin, a young prince on his search for meaning and significance. In 1981, a stage production of Pippin was videotaped for Canadian television. The stage production was directed by Kathryn Doby, Bob Fosse's dance captain for the original Broadway production, and David Sheehan directed the video adaptation, with Roger O. Hirson in charge of the music. Ben Vereen returned for the role of Leading Player, while William Katt played the role of Pippin. However, this version was a truncated adaptation and several sections of the play were cut.

This sentimental wartime drama is missing its first reel, in which, we gather, an abandoned love child is left in an apple barrel and taken in by a kindly grocer. We join the action four years later when the much-loved girl is seen playing happily in the grocer's humble kitchen. But when the child's dying mother confesses her secret, what will become of Little Pippin?